Welcome to the home of the Lakeland Hockey Association Referee home page.  The pages within this site are dedicated to those who wear the stripes. 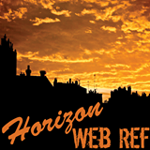 Teams are issued a login account to view schedules, add games, see and evaluate officials.  Have forum and communication tools with us and other teams within your association.  Many other neat features such as document uploads, video uploads to share with the association community.  Plus many other tools too numerous to list here.

A phone app is also available as part of the system to have with you to verify and/or confirm official assignments or check to make sure you submitted that game to be added, changed or cancelled.

The option of allowing teams to add their own games directly to their schedule is open and/or submission by sending us the request(s) via email and we'll input the information...

2020 - 2021 Registration is now open... Seminar information TBD due to Covid-19 and Michigan opening up.
Subject: would like to become a referee?

It is strongly recommended that you attend one or all of these meetings.

The goal of USA Hockey is to promote a safe and positive playing environment for all participants while continuing to focus on skill development and enjoyment of the sport. All officials, coaches, players, parents, spectators and volunteers are encouraged to observe these “Points of Emphasis” when participating in the sport of ice hockey.

Fair play and respect are the backbone of any successful amateur sports program. In order for a positive environment to be created, it is imperative that all participants and spectators have respect for all players, coaches, officials, administrators, spectators and the sport of hockey. Hockey is a game demanding high levels of concentration and skill. Taunting or unsportsmanlike conduct directed at opponents or officials will not be tolerated.

tactics have no place in ice hockey. These tactics include any contact to the head of the opponent, checking from behind and late avoidable body checks to an opponent who is no longer in possession and control of the puck. Officials are instructed to enforce these rules to a high standard and assess the appropriate penalty when these actions occur. In addition, officials are expected to strictly enforce any avoidable contact occurring after the whistle – including during scrum situations around the goal.

In Body Contact categories, legal body contact shall be allowed and players allowed to compete using proper body position skills. However, any deliberate body checks shall be penalized accordingly.

If a body check is delivered for the purpose of intimidation, a major penalty should be assessed to the offending player.

In Body Checking categories, the purpose of the check shall be to separate the opponent from the puck and officials should strictly penalize any illegal actions such as boarding, charging and a late avoidable body check to a player who is no longer in possession and control of the puck.

are encouraged to develop a deep sense of respect for all (opponents and officials) while endeavoring to enjoy the sport and improve their playing ability. Each player is expected to use proper skill and technique when engaging in any type of body contact.

are responsible for instructing their players to play the sport in a safe and sportsmanlike manner. To that end, coaches are directed to teach only those skills necessary to allow for proper and legal body contact.

should be diligent and confident when officiating the sport. Each official should enforce all playing rules fairly and respectfully with the safety of the players and the best interest of the game in mind. Players must be held accountable for dangerous and illegal actions with the proper enforcement of the rules at all times.

are encouraged to support their teams while showing respect for all players, coaches, officials and other spectators.

Standard of Play and Rule Emphasis

USA Hockey will continue to observe the Standard of Play and Rule Emphasis for restraining fouls adopted in June 2006. The goal is to reduce restraining infractions in the game, allowing the skill levels of the participants to determine the outcome of a game and to increase participant enjoyment.

USA Hockey will also continue to emphasize the Body Checking Standard of Play and Rule Emphasis adopted in 2011 as part of its effort to create a safe environment for all participants. The goal is to enhance player skill development by eliminating intimidating infractions designed to punish the opponent. Proper enforcement of this standard will improve the proper skill of legal body checking or legal body contact at all levels of play.

Hockey should be enjoyed by all participants. To that end, all participants and spectators should observe a level of personal behavior that demonstrates respect for all. USA Hockey will continue to increase awareness among all officials and coaches with regard to these Points of Emphasis and the Standard of Play and Rule Enforcement.