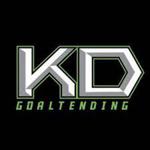 NOW OPEN! Registration is now open for the upcoming Fall 2022-23 House Hockey Season! For more information please click the registration link below and information on this page. Have your Sports Engine account login info ready in order to register.

**ALL DIVISION- Please register as soon as possible, teams will be formed based on the number of skaters registered and registration date timestamp.

ATTENTION GOALIES!!! We are now offering 75% off registration for the upcoming season for FULL-TIME goalies at the Squirt (10U), Pee Wee (12U), and Bantam (14U) age levels! Limited discount codes available! Please reach out to lakelandarena.hockey@gmail.com or call 248-522-6821 for a discount code or more information.

Our Mini Mite and Mites teams will follow USA Hockey's American Development Model (ADM) and play 1/2 Ice Games. Our teams will again be participating in the I-275 League this year. Typically skating 2 times a week.

Our Squirt though Bantam house teams participate in the Little Caesar's Amateur Hockey League (LCAHL), which require some travel for away games. These age levels skate 2 times per week, with an additional day for away games once league games begin.

**PLEASE NOTE: Evaluation skate for Squirts, Pee Wees, and Bantams will take place on Friday, August 19th. Further Details on this will be sent out in the beginning of August. With the draft taking place the following week.

ATTENTION COACHES! The coaches application for Lakeland House Hockey Coaches is now OPEN for the 2022-23 Hockey Season! If interested please fill out an application. Interested coaches will be contacted and interviewed closer to the start of the season, once we have a gauge on the number of teams at each age level. Please consider volunteering to help grow the game of hockey and help shape hockey players development!

House hockey or (Tier 3) is less commitment and cost than Travel Hockey, with a focus on fun and skills development in the game of hockey. It is for all skills levels from beginner to advanced. Players must have at least minimum skill and skating ability to participate.

The House Hockey draft is one of the most misunderstood processes in all of youth hockey.  The draft is only open to one representative from each team and Board Members, leading to complaints and allegations of stacked or rigged teams.  The house hockey draft rules are dictated by MAHA regulations and each division's draft is attended by a MAHA D4 representative.  Draft regulations include number of 1st vs. 2nd year players, out of district players, and goalie selections.  The goal of the draft is to create as even teams as possible, across each division.

How does one team end up being better than the other?  Pure luck. This includes which coach receives the 1st pick and reverse order in other rounds.  While the evaluation skates give a glimpse into each player; some kids perform better in drills than game situations or vice versa.  And while some kids are still on summer vacation, some kids improve quickly, while others take a little longer adapting to changes in the game and get back into hockey mode. Since most complaints arise around the midpoint of the season, it is recommended that families work with their coaching staff to help grow and strengthen as a team.

Coaches are not given players names or ratings until just before the draft.  Certainly some coaches earn a slight advantage by knowing the kids, by making their own evaluation notes, and being able to know how to draft.  Each coach comes to the draft with their own plan: some take top rated players each time, some select players/families they know, others seem to use a magic 8-ball or pick by name during the draft.

Prior to the draft, coaches are warned not to agree to any deals and to avoid additional protected player requests.  They are also urged to report any pressure to comply.

In the end, the MAHA representative present at the draft, as well as the Lakeland Hockey Director, have the power to invalidate the draft if there appears to be any integrity issues.  This could lead to coaches having to re-draft or teams being assigned based on ratings alone.  The draft results are final and we are not allowed to make any changes.

Each year Lakeland Hockey receives numerous requests to be placed with a certain coach, avoid another coach, ride-share, best-friend, etc.  Unfortunately, these requests are not allowed under MAHA regulations. Each coach is only permitted one protected player (which is usually their son/daughter).  Families are allowed to make requests known to various coaches, but the final decision lies with the coach and is limited to the availability of those players.